I love you 3000: What It Means, Its Significance 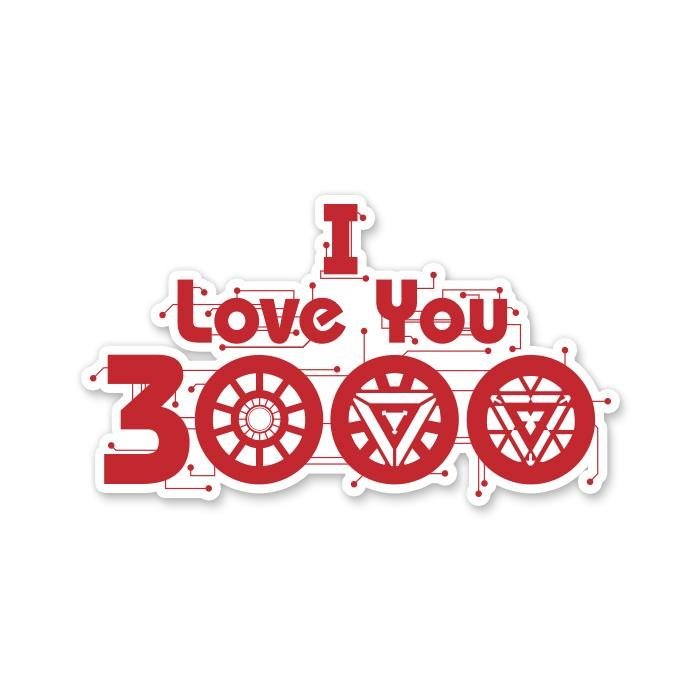 Since the release of Avengers: Endgame, the internet has been collectively bawling over a stand-out scene starring Tony Stark and the now-iconic words “I love you 3000.” For years, fans have been attempting to figure out what the phrase means, and there has even been conjecture that it may have a deeper meaning related to the run-time of all MCU films.

The actual meaning of the line has now been exposed, and it will shatter your heart even more. Endgame’s most memorable statement, like Avengers: Infinity War’s sad stand-out remark improvised by Tom Holland, was also not scripted… it came as a suggestion from Robert Downey Jr himself. Tony Stark puts his daughter Morgan (Lexi Rabe) to bed at the moment, which you’ve probably seen by now. He adds “I love you heaps” just before closing the door, to which Morgan responds, “I love you 3000.” The line is also repeated during Tony’s funeral by Tony’s hologram to Morgan. Within a few days of its publication, the remark became an instant fan favourite and sort of became the MCU fandom’s credo. The film’s stars even started hash-tagging it as a means of thanking their fans and bidding goodbye to the end of the chapter.

Several explanations for the sentence circulated; some assumed it was a child-genius response to Tony’s initial remark, as 3000 is 1000 more than the 2000 pounds that is equivalent to a tonne. There were even many who felt the figure 3000 referred to the entire run-time of all MCU films.

But it wasn’t that profound in actuality, and it wasn’t created by screenwriters Christopher Markus and Stephen McFeely either.

Can you believe that the “I love you 3,000” phrase that everyone has been saying since Endgame came out was actually contributed to the film by rdj? His children genuinely say that to him in real life, which makes the line much more significant. Anthony Russo, co-director, told Watching Hollywood: “That is a sentence that Robert contributed to the film.

One of his children reportedly told him, ‘I love you 3000,’ he said. We told the screenwriters the storey, and it eventually became a line in the script.” Originally, the sentence was going to be: “I love you tons,” with Morgan responding, “I love you tons.” McFeely said at a New York City event, however, that they adjusted it so Morgan would respond in the same way as RDJ’s children do in real life.

The phrase’s simple meaning is simply Morgan expressing her love for her father. For example, 3000 is a large number for a 5-year-old child. Some admirers viewed it as a childish reaction to Tony’s “I love you lots” remark (a tonne is 2000 pounds). Morgan outdid her father by a thousand times), while others have unearthed an extremely mind-boggling easter egg involving the aggregate run-time of all MCU films. It turns out that the number 3000 is almost exactly the number you get when you add together the run lengths of all 23 MCU movies so far – including the yet-to-be-released Spider-Man: Far from Home.

Apart from the Avengers, I love YOU 3000 is also a single by Indonesian-American singer-songwriter Stephanie Poetri. On June 3, 2019, it was released via 88rising and 12Tone Music.

How did Stephanie Poetri Come up with I Love You 3000?

Poetri was inspired to write the song after participating in an Instagram Q&A with her followers. He invited her followers to email her a sentence they thought might be turned into a song, and many responded with “I Love You 3000.” This was primarily owing to the release a week earlier of the superhero film Avengers: Endgame, which featured the viral sentence.  Poetri later composed a chorus and posted a sample to her Instagram feed. Her fans reacted positively to the sample, prompting her to record a full single.

“I Love You 3000” became a worldwide viral smash and is widely regarded as Poetri’s breakthrough song. The song has been streamed over 425 million times across various streaming platforms since its debut.  It also topped Spotify’s Global Viral 50 chart for more than four weeks, culminating at number one.  Poetri also won “Best New Asian Artist – Indonesia” at the 2019 Mnet Asian Music Awards as a result of the song. Poetri also uploaded a music video to YouTube for the tune. It was shot with her phone camera and the assistance of her sister in Los Angeles. Since its premiere, the video has received over 90 million views.

Got7 member Jackson Wang appeared on a remix of the song named “I Love You 3000 II.” On October 11, 2019, it was included on 88rising’s compilation album, Head in the Clouds II.  On the Billboard China Social Charts, the song reached at number one.