On September 17, 2019, Myntra debuted its first digital reality programme “Myntra Fashion Superstar,” which is based on a fashion influencer talent hunt, on the Myntra app. This show, produced in collaboration with Zoom Studios, uncovers and rewards India’s next major fashion influencer. The show will consist of eight episodes of reality television in which ten contestants will compete against one another. In 2019, we saw Sonakshi Sinha as the judge and in 2020 we saw Malika Dua, Sushmita Sen and Manish Malhotra as the judge.

In Season 3, Influencers like Kusha Kapila, Ankush Bahuguna, Santu Mishra along with designer Manish Malhotra will be the judge. They are already done with the shoot for season 3. Ankush Bahuguna shot a vlog for his YouTube Channel in which he recorded his whole experience of shooting a reality show.

Edwin Kubzar, a clear fan favourite from the start, captivated everyone, including the judges, with his enthusiasm for fashion and great performances.

Edwin wowed the judges with his final work, an answer to a question on the season’s subject #changetheconversation, which earned him the coveted title.

Edwin Kubzar, the next great Myntra fashion influencer, has landed an exclusive 1-year influencer contract with Myntra, as well as an exclusive 1-year contract with MTV to be their Social Influencer in Fashion.
Edwin Kubzar, from Nagaland, found himself at ease with fashion and wriggled free of his inhibitions. Edwin, who became interested in fashion at an early age, believes that fashion should be about being oneself without apology. He believes that passion should be pursued and invested in wholeheartedly. This belief, along with his charisma and style, carried him over some tough competition from his co-contestants all the way to the grand conclusion of the competition.

Shooting for a reality TV show is a tough job, this time Ankush Bahuguna, Kusha Kapila and Santu Mishra experienced it for the first time. It was very hectic, they used to get up at 5:00 am and the shooting continued till late at night. Ankush also felt sick in between the shoots and suffered from food poisoning and fever and later on his manager got sick. Kusha Kapila was surprised by her beloved husband, Zorawar later on! They also celebrated Kusha’s birthday at the hotel. Overall their experience was fun and worth it! 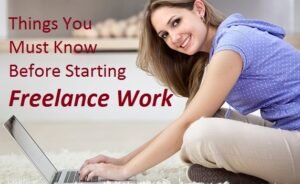 Vital Things to Know Before Becoming a Freelancer 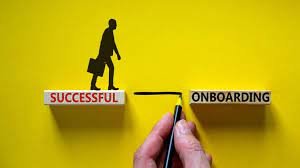 Top 6 Benefits of having an Employee Onboarding Software in your Organisation.