RASP is a server-side technique that kicks in when an application is launched. It’s intended to identify application assaults in real-time. RASP can safeguard an app from harmful input or activity when it starts up by assessing both the program’s behaviour and the context of that behaviour. Attacks can be recognized and handled without the need for human involvement by allowing the app to continuously monitor its activity.

RASP Security integrates into a running program, regardless of where it is located on a server. It intercepts all calls from the app to a system and validates data requests immediately within the app, ensuring that they are secure. RASP can secure both web and non-web applications.

An application that runs in the background Self-Protection is well-known for its ability to neutralize any threat or vulnerability; it is a powerful application that can be used to defend against zero-day attacks without the need for human intervention, and it employs more intelligent approaches such as detecting behavioural changes that may have been caused by an attack and explaining the prompt response to zero-day attacks.

How Does Self-Protection Work in Runtime Applications?

It’s an application security system that checks for hidden vulnerabilities and provides real-time access to the complete program structure to protect against runtime attacks inside the application layer.

It interfaces with a program and uses an artificial intelligence-like method to constantly intercept and secure calls to the program.

The proactive nature of RASP Security software means that it does not wait for an application to be attacked. Even before malware is executed inside the program, it monitors and flags any malware traffic coming in.

Rather than the standard strategy of securing an application by blocking all suspected traffic as Web Application Firewalls do, it addresses threats to an application (WAF). It isn’t designed to defend a complete network or endpoints; instead, it focuses on the security of a single application. RASP will only need to monitor every input, output, and internal activity of the application it is protecting, which is a good thing in terms of security priority.

In principle, it works by embedding sensors into the current program code to continuously monitor and control important execution places. RASPs are integrated into the system using these strategies, ensuring that your applications are safe wherever they travel. RASPs allow applications to protect themselves, as the term suggests.

The RASP technology’s privileged point of view for doing security analysis is one of the technology’s primary advantages. This viewpoint combines complete visibility of an application’s internal architecture as well as complete visibility of the execution flow during runtime. As a result, a RASP may make very informed judgments regarding what is and is not an attack.

The Key Benefits of RASPAre As Follows:-

RASPs avoid false positives because they make well-informed decisions based on the application design (static view) and runtime execution data (dynamic view). This means they are correct in the vast majority of circumstances, which is crucial for maintaining the overall user experience. This contrasts with WAF, a widely used perimeter protection solution detailed later in this document, which has a far higher rate of false positives.

RASPs are commonly used as “set it and forget it” addons. There are no traffic rules, learning processes, or blacklists to configure. This dependability is appreciated by operations teams, while CISOs like the resource savings. Self-protecting applications become self-protecting and remain so wherever they go.

Self-protected apps ensure that the code remains safe no matter where it is used. A RASP tool’s configuration can be included in the build scripts that produce and containerize an application, ensuring that it is secured wherever it is deployed. There’s no need to change your network or firewall rules.

On paper, popular security industry best practices like “push left,” which states that application security should be included earlier in the SDLC, seems excellent. In actuality, developers are unable to fully embrace push-left techniques due to a lack of appropriate guidance on code security. RASPs bridge this gap by giving developers actionable security information (including file, line, type, and severity) so that vulnerabilities can be swiftly corrected.

When a RASP solution detects a potential danger, it has additional context regarding the application’s present state and the data and code that is affected. Because it reveals where the vulnerability is located in the code and how it might be exploited, this context can be extremely useful for analysing, triaging, and remediating potential vulnerabilities.

Because RASP is connected with a specific application, it has extensive visibility into the application layer. This application-layer visibility, awareness, and knowledge can aid in the detection of a broader spectrum of threats and vulnerabilities.

RASP can identify attacks using signatures, but it is not confined to signature-based detection. RASP can detect and stop zero-day attacks by detecting and responding to unusual behaviour within the protected application.

RASP’s API is straightforward to adapt to operate with multiple standards and application architectures, even though it is primarily built on HTML standards. This allows it to safeguard non-web apps using XML and RPC standards.

the website Appsealing, you will get all the necessary information about RASP. RASP is a relatively new technology and Accordingly has only recently infiltrated the protection arena, and it does not yet have a substantial approval percentage. Because it’s new, it’s still being tested, and an app using RASP technology that hasn’t been fine-tuned may have some lag. To properly guard against all forms of vulnerabilities, RASP should be integrated with a collaborative DevSecOps security policy. To suitably analyse problems and settle them fast, all IT committees must communicate and express efficiently and effectively.

Tags: RASP Security What is runtime application? What is WAF and RASP?

The Top 3 Reasons Why You Should Use iTop Data Recovery What’s New in the DTF Printer 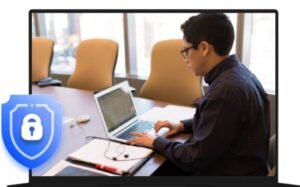 Top 6 Benefits of Using a Free VPN for Windows 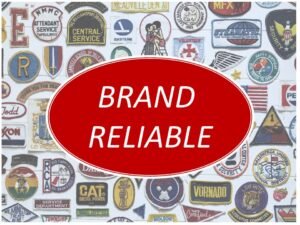